Explore the State Entrance Hall as part of a guided tour of Hillsborough Castle and Gardens.

The State Entrance Hall has been the entrance hall to the building since it was built in the 18th century.

By entering the castle through these doors, you are following in the footsteps of royals, politicians, pop stars and many other distinguished guests, including Her Majesty The Queen and other members of the current Royal Family.

As you admire the art in this room, take a moment to have a closer look at the walls, which have been expertly painted to replicate the elegant gold sandstone exterior, following the historic tradition of décor in this room.

Highlights of the State Entrance Hall

This nineteenth-century portrait of Charles II shows the King in around 1672 and was commissioned by Queen Victoria, who was interested in her Stuart heritage. It once hung in St James’s Palace and is still part of the Royal Collection.

Catherine of Braganza was queen consort of England, Scotland and Ireland after marrying Charles II in 1662. This portrait, showing Catherine as St. Catherine of Alexandria, is thought to have been in the collection of Charles II. It was purchased by Her Majesty The Queen for the Royal Collection in 1955.

This portrait of James II and VII is believed to have been painted by Anne Killigrew in the year of his accession and later acquired by George IV. It was mentioned in John Dryden's elegy in memory of the artist. 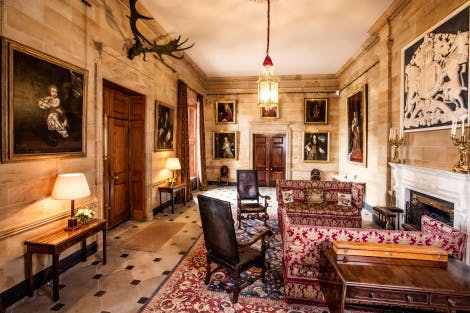 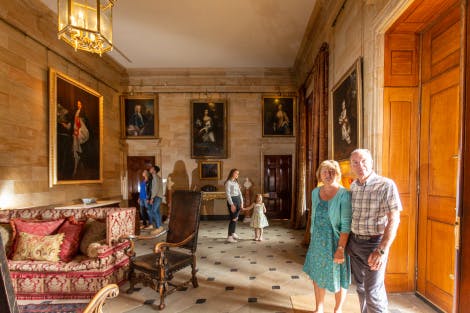 Mary of Modena became the consort of James, Duke of York (later James II and VII) in 1673 after the death of his first wife, Anne Hyde.

This striking portrait is believed to have been painted for Mary or her husband before he became King. It shows Mary dressed in a richly embroidered riding habit.

This portrait shows Prince William in 'coats' – the style of dress worn by boys until they were seven or eight – in a striking colour designed to allude to his title.

Despite his young age, William bears symbols of his royal stature including a sword, the ribbon of the Order of the Garter and a baton of command.

Queen Anne was Queen of England, Ireland and Scotland from 1702 until 1714 and was the last monarch of the Stuart dynasty.

Anne's elegant portrait in the State Entrance Hall is a nineteenth-century copy of Sir Godfrey Kneller's portrait. Like the portrait of Charles II, it was commissioned by Queen Victoria who was interested in her Stuart ancestors.

Facing the portrait of Queen Anne in the State Entrance Hall is another depicting her son, Prince William, Duke of Gloucester. William was born at Hampton Court Palace in 1689 and was the only one of Anne’s 17 children to survive past infancy.

As the only direct Stuart heir, William represented the future of the dynasty, even at the tender age he is shown in this portrait. However, he died aged just 11 and the line ended with Anne’s death in 1714.

Discover elegant State Rooms still used by the royal family on a tour of Hillsborough Castle. 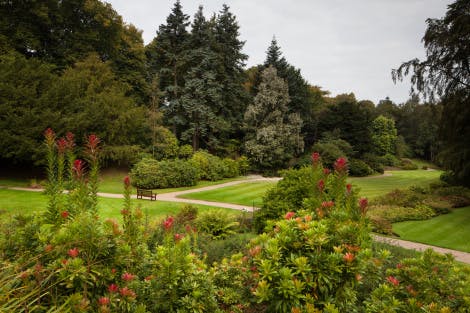 The Great Pagoda at Kew

Re-opens for pre-booked private tours from June 2021. See The Great Pagoda at Kew Palace, now returned to its 18th-century splendour.

The story of Hillsborough Castle and Gardens

‘The Grandest House in County Down’