This Christmas join our historic cooks as they take their traditional Tudor roasting outside to the Tiltyard area at Hampton Court Palace.

This event takes place in the Tiltyard area in the gardens (weather permitting), so wrap up warm.

For Henry VIII and the Tudors, Christmas Day was the start of a festive season which culminated at Epiphany on January 6. The Christmastide season was a time for religion and celebration, of feasting and charity.

While King and nobility would expect game birds and fowl at their tables, roasted beef was the meat served to the court and many large households from noblemen to King would bring selected poor guests into their halls to dine with them and share in their charity.

With fires lit and rooms decorated with greenery brought in as a reminder of seasons to come, Tudor feasts did not yet have the Christmas favourites that we are used to today like turkey and Christmas pudding. High status households might though have enjoyed a festive boar's head, prepared and paraded before the diners to celebrate the Yuletide; a practice which was the basis of the boar’s head carol published by Wynkyn de Worde in 1521.

This Christmas, join our Historic Cooks and learn about the preparation for Tudor Christmas and New Year feasts and maybe pick up some Tudor tips for your own festive fare; boar's head not included! 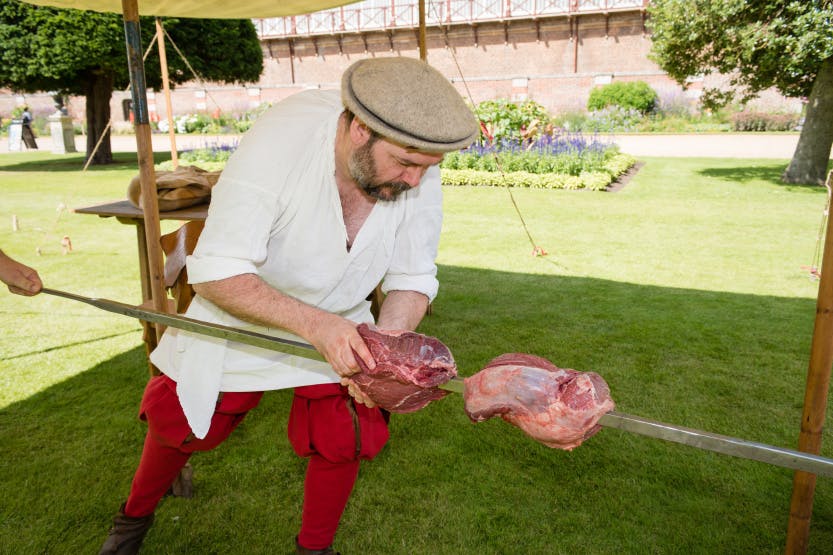 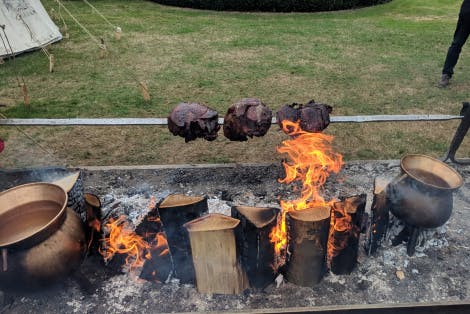 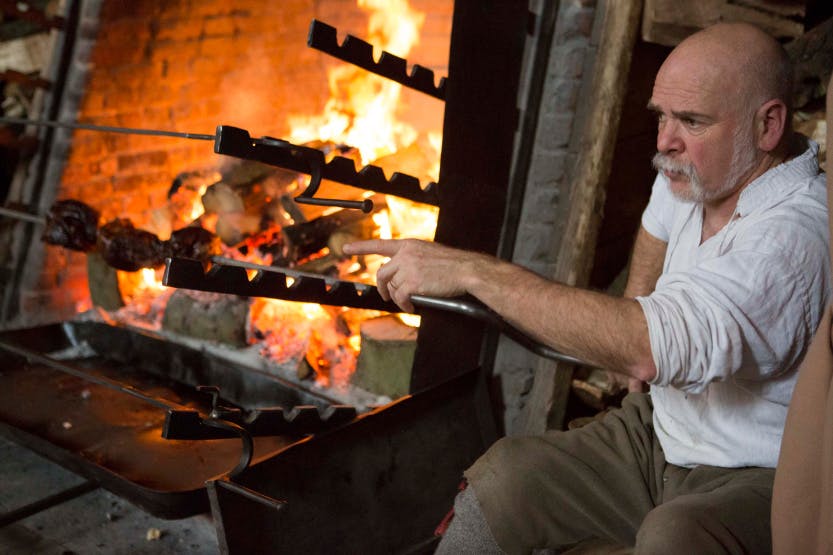 Try your own Tudor Christmas cooking with our cookalong video.