Lose yourself in the most famous maze in the world

Entry to the Maze is included in your admission ticket for Hampton Court Palace (members go free).

Prices for Maze-only tickets are:

Maze-only tickets are only available for purchase on-site on the day of your visit.

The Hampton Court Palace Maze is the UK's oldest surviving hedge maze. Commissioned around 1700 by William III, it covers a third of an acre and is known for confusing and intriguing visitors with its many twists, turns and dead ends. On average, it takes 20 minutes to reach the centre.

The Maze was designed by George London and Henry Wise and is trapezoid in shape. Originally planted using hornbeam, it was later replanted using yew. It is referred to as a multicursal or puzzle maze.

Before the creation of the Hampton Court Maze, unicursal or single path mazes were the most popular form of maze in the UK. Unlike the puzzle maze, the single path maze has one path, usually in a spiral shape, winding to a centre point.

Entry to the Maze is included in a normal admission ticket to Hampton Court Palace.

Find out more about visiting the Maze in our Gardens FAQs.

The Maze is closed 24-26 December each year and may close at short notice in adverse weather conditions (e.g. snow or ice).

It is the most famous Maze in the history of the world, and immeasurably the one most visited. 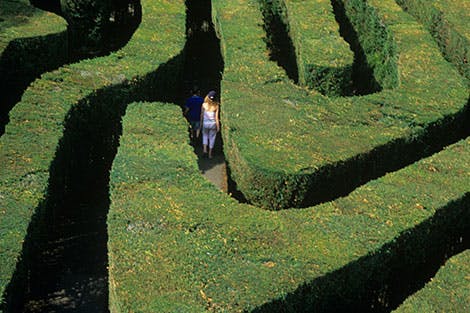 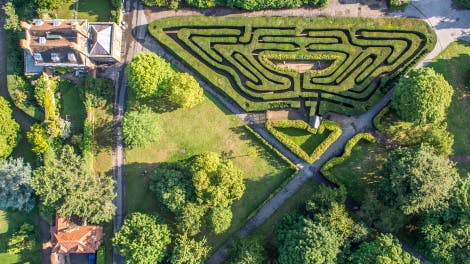 The maze was planted as part of a formal garden layout known as the 'Wilderness'. There were at least two mazes originally planted in the Wilderness garden of which the current maze is the only survivor. It was the first hedge planted maze in Great Britain and now the only part remaining of the original 'Wilderness' area.

The term 'wilderness' refers to a place to wander, rather than an uncultivated area of garden as the name suggests. William III would have walked through the wilderness at Hampton Court Palace with his devoted wife Mary II. The area would have comprised 18ft-high hornbeam hedges, accompanied by interstices planted with elm.

Hedge mazes flourished in Britain up to the 18th century. It was Lancelot ‘Capability’ Brown who introduced natural landscaping and, in order to achieve his sweeping views, destroyed many formal garden features. Ironically, as Royal Gardener for 20 years, he lived next door to the maze at Hampton Court, but was expressly ordered not to interfere with it!

The Wilderness was the English version of a French 'bosquet'. The high hedges, secluded benches and winding paths made it a place where members of the royal court could go for privacy and where gentlemen in particular could entertain ladies in private.

Today, there are over 1 million bulbs planted in the Wilderness alone. In the spring, the whole garden is carpeted as far as the eye can see with daffodils, interspersed with crocuses.

Three Men in a Boat

'We’ll just go in here, so that you can say you’ve been, but it’s very simple. It’s absurd to call it a maze. You keep on taking the first turning to the right. We’ll just walk around for ten minutes, and then go and get some lunch.'

The passage above is taken from Jerome K. Jerome's Three Men in a Boat (1889). The character, Harris, leads the tourists into the maze and they subsequently get lost for hours. 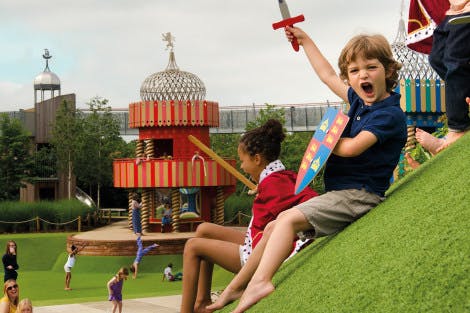 Meet mysterious beasts, storm the battlements and discover the secret grotto in the Magic Garden at Hampton Court Palace. 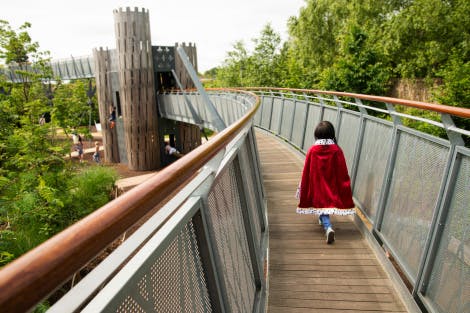 Rise and Roar: quiet session in The Magic Garden

A quiet session aimed at children and young people with Autism, and their families and carers.

Take time to explore and relax in these world-renowned gardens without the usual crowds.

The gardens at Hampton Court Palace

A brief history of the famous royal gardens 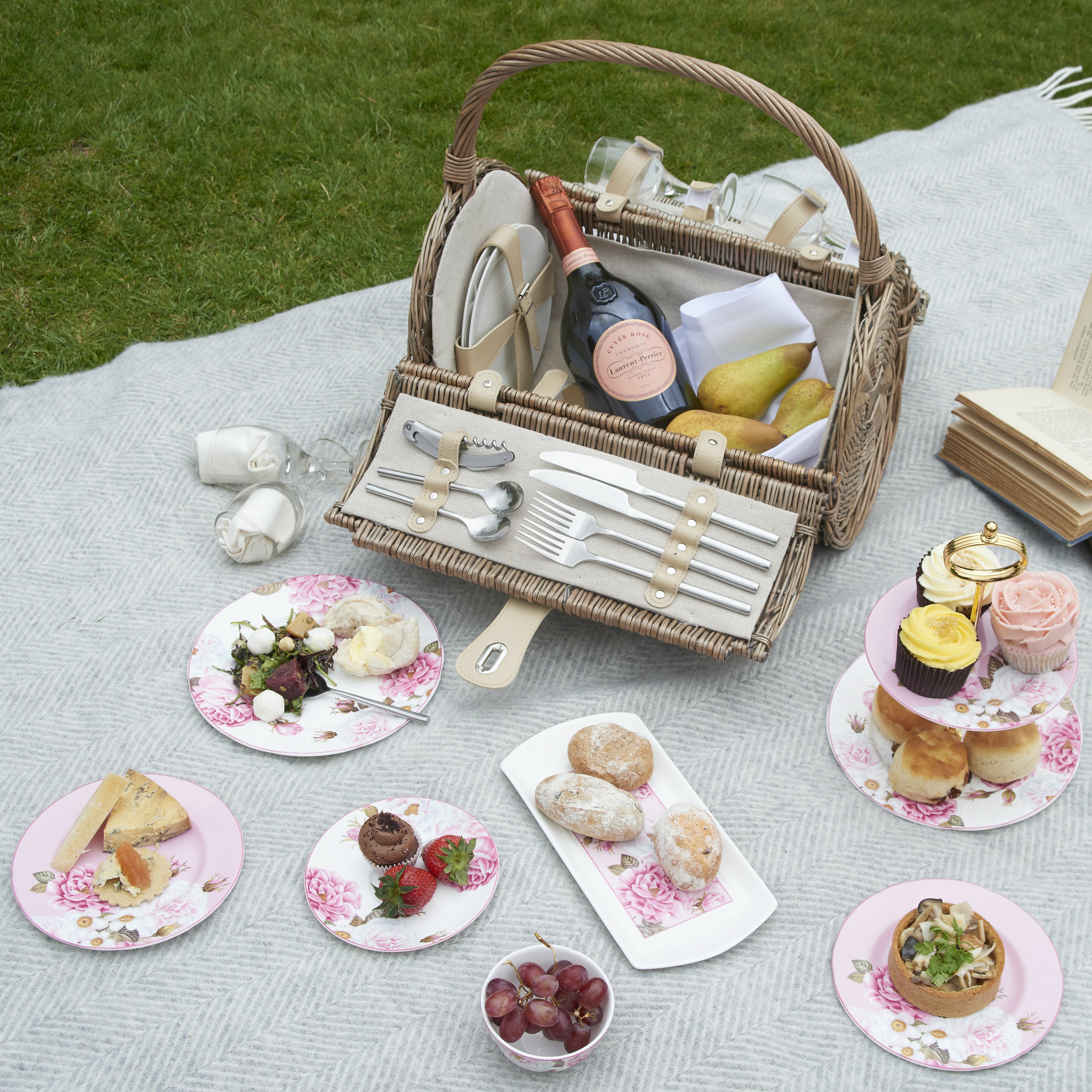